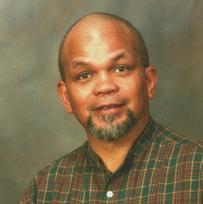 Daniel Labonne, an SCTF Patron and founder of the original Samuel Coleridge-Taylor Society back in the 1990s, has published a book, Empowering The Performer, which draws on his experience of setting up an arts organisation in Africa. Here Daniel Labonne describes ‘Six Reality Checks Behind A Book’, explaining how he came to set up a regional centre for performing arts in southern Africa, and some quarter century thereafter his charity, FACE (The Foundation for Arts, Creativity and Exchange) and to write the book he has just published, Empowering The Performer.

SIX REALITY-CHECKS BEHIND A BOOK

‘Empowering The Performer’ by Daniel Labonne,

published by TamaRe House with a prologue by Issa Asgarally.

When asked how long it took me to write this book, I tend to reply twenty seven years. That is not a lie. Was it a long painful process? Not at all. More of a gradual realisation that, like in all experiments outcomes are unpredictable. In the best of worlds, there should have been a thriving regional centre of performing arts in southern Africa. Performers from all parts of Africa ought to have been competing hard to be part of the next training programme. Following the applauded stage productions ‘Made in Castle Arts’, orders from producers would have been flowing in for a new stage production or a TV drama concept… The school would have been self-sustainable, if not profitable. But that is not the reality.

First reality check: Africa has generally been treated as an experimental field with this exception that good news is almost unwelcomed… The rare times that the media cares to mention Africa, it is likely to be about the latest coup or another calamity. Our project was neither a coup, nor a calamity. In fact, it was rather cheering news. It was about the arts, about improving education, about tapping into the abundance of life celebrating forms of human expressions…

Second reality check: development has been perceived as a sort of arrival line in an absurd race… Those who have achieved it assume that this state of bliss is forever. A bit irritated by those who are unlikely ever to reach their level of development, the ‘developed world’ grudgingly votes for aid budgets… Then, appointed experts are instructed to instil, very slowly, the wonders of ‘bliss’ into the dreams of the underachievers… In 1987, the UN decided that this perception ought to be challenged. Rightly so, it proclaimed the World Decade for Cultural Development. Unfortunately, the UN is neither very rich, nor is it a very popular organisation. Besides, a decade is not enough to transform attitudes…

Third reality check: while education is universally recognised as the best vehicle towards progress, any system that does not duplicate the primary school to university degree route is perceived with suspicion. Our experiment advocates that there might be another way for young African. For example, why should not it be possible one day to approach mathematics from the art of dance?

Fourth reality check: what today is a newly independent state full of promise can become an ostracised country in a decade or two. That is the sad reality of Africa, east, west and south since the independence years. Of late, Northern Africa has been swept by the same ‘tsunami’, for whatever reasons… In our case, when the project had matured to secure the support of a sovereign host country, we assumed that the condition had been created to ensure lasting stability and progress. Unfortunately…

Fifth reality check: you can’t build your house with other people’s money! It’s best to work harder and raise your own. We tried hard to build a consensus. We attempted to make friends with everyone and accepted funding from varied sources. The task is exhausting.  The various vested interests are set in their ways and they prefer conflict to consensus. Fellow Africans often play into the game of favourites and division. Non-Africans are encouraged to have their own partial view of ‘their own’ Africa…

Sixth reality check: there is a time for anybody to perform at the best of his or her ability… I gave the best of my resources, invested my past experience, as a stage artist, a researcher and an entrepreneur to push this unique experiment. At first, it sounded more like a vague dream than a feasible venture. What exactly was meant by an ‘inter-African school of theatre’? Having devoted a good part of a decade and my energies to sorting out the various implications up to the pilot project, I needed to move on. Until time proved that the experiment has remained unique and unmatched over two decades. I had to tell the story before getting too old.

Hence, the book EMPOWERING THE PERFORMER…

Read the book EMPOWERING THE PERFORMER by Daniel Labonne, edited by TamaRe House.